If you’ve been hearing the call of the countryside and prefer your travels with a hint of medieval adventure, it’s time to take a trek out to Newman’s Castle, a European-style fortress on the outskirts of Bellville, Texas.

The castle, which is available for family-friendly tours six days a week, is the brainchild, and residence, of Mike Newman, the longtime owner of Bellville’s Newman’s Bakery.

The view from the top turret at Newman’s Castle in Bellville. Kristin Finan photo

Inspired by travels throughout Europe in his 20s, Newman decided that one day he wanted to build his own castle. In 1998, he set that plan in motion, purchasing bucolic acreage just outside of Bellville where he began to create his dream, one brick at a time. Eight years later, the castle was complete and Newman assumed the throne inside his new home.

“I built this as my private residence. I had no idea when I was building this place that I would ever let groups of people come out here and walk around my property like y’all are going to be doing today,” Newman said during a June tour. “But I have opened it up for tours. I have a lot of fun watching kids and others, young and old, running around with swords in their hands, chasing dragons. The play, the imagination, is quite priceless to watch.”

RELATED: 5 nearby daytrips perfect for summer

If you’re looking for authentic features, never fear — the 3,400-square-foot castle features everything from a lily-pad-dotted moat and a 3,000-pound working drawbridge to turrets that offer panoramic views of the land. There’s also a perimeter wall that surrounds the castle to ensure that no unexpected marauders make their way inside.

“The day of battle has arrived. You have been preparing for this time,” Newman told an eager group of children that gathered in front of him during our tour. “This castle can soon be ours. The people inside the walls, they’re not too smart, they left the drawbridge down. I want you to run across the drawbridge hooting and a hollering and swinging your blade.”

Our two-hour tour in June included a variety of features that delighted my kids, from an initial knighting ceremony complete with wooden swords to a catapult demonstration that launched a massive boulder into the moat. And while there were no turkey legs, I’d be remiss not to mention the food, which included sandwiches on freshly baked bread and ample homemade cookies and doughnuts — Newman was born and raised in Bellville and has been in the bakery business for 37 years, after all.

Visitors can also ring the giant bells in the bell tower, which can be heard as far as 2 miles away.

“Not long ago I heard a little girl leaving with her grandfather, she said, ‘Grandpa, I was ringing that big bell out here today and it picked my feet up off the ground,’” Newman said during our tour. “It’s a lot of fun to play with them. If you want to do that today, you’re welcome to.”

RELATED: 24 hours of spa bliss at one of Houston’s poshest hotels

Whether you’re seeking a break from battle or looking to slay some dragons, Newman’s hope is that you leave inspired – and well fed.

“In the beginning … people thought I was crazy,” Newman says on his website. “It makes people happy. They leave with restored faith that they can do anything.”

Newman’s Castle is located just under two hours from Austin near Bellville, Texas.

Castle tours are offered at 10:30 a.m. six days a week and must be reserved in advance by calling Newman’s Bakery at 979-865-9804. Cost is $20 and includes lunch. Tour participants check in at the bakery, 504 E. Main St., and are given directions to the castle there. The castle is also available for special events such as weddings, wine tastings and birthday parties.

Save room for a second lunch or snag a brisket to go at Bellville Meat Market. 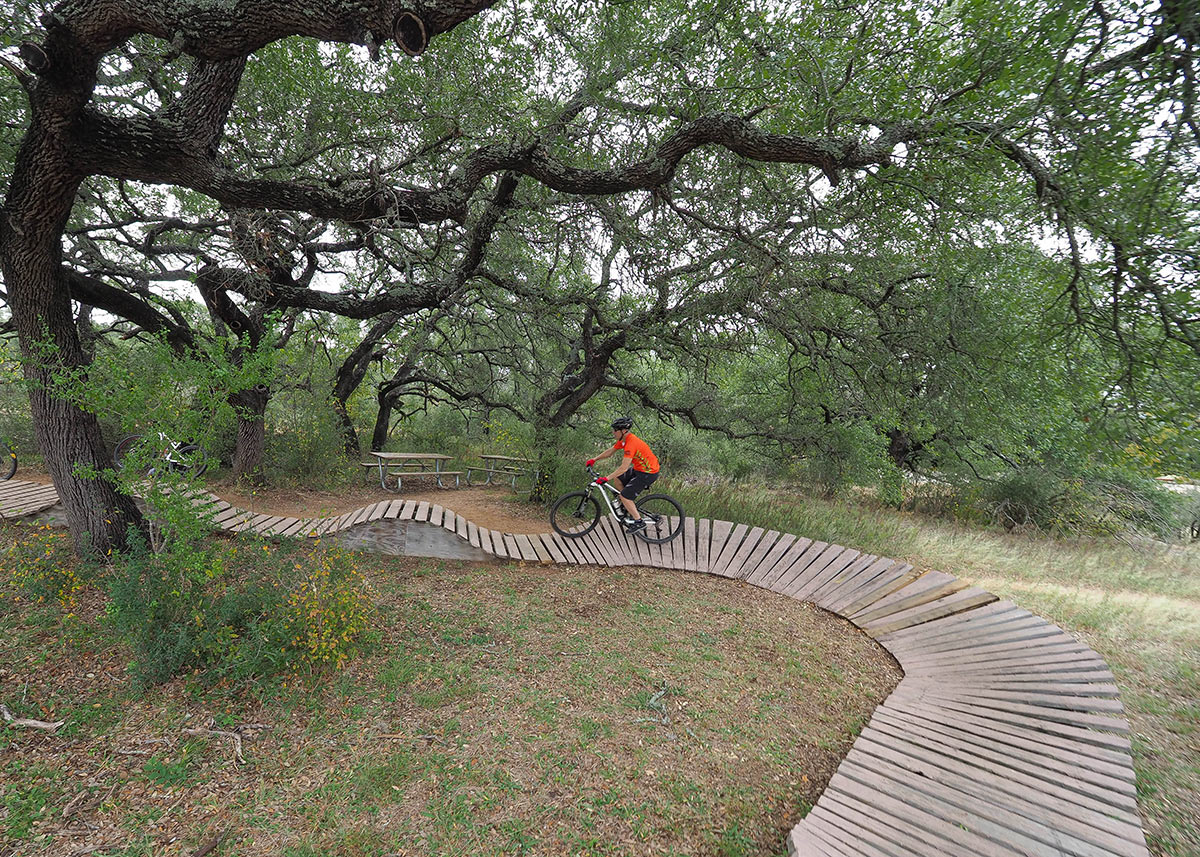